iPhone 13 Pro Max continues to retain the title of the largest iPhone ever for the second year in a row, who among us does not like owning a large iPhone with a giant screen, enjoying that wonderful experience, and making the most of that excellent display.

It's not just about the size, it's the best phone in almost everything, the top in all the specifications, and almost the big brother of iPhone 13, the bigger screen with the most powerful internal hardware, along with the most outstanding camera with the bigger battery for sure, the Pro Max is a real beast that makes the task a lot more than all the other competitors in the world of smartphones in order to oust it from the lead.

The larger display is definitely one of the most prominent selling points, as it guarantees the user clearer and brighter images, an excellent movie and video viewing experience, and an unforgettable gaming time, especially with the smooth refresh rate of 120 Hz, which we see for the first time in the history of Apple phones.

In the next lines we will talk about the iPhone 13 Pro Max specs, price and all the other details that the user needs to know.

Of course, the price may seem exorbitant to many users, but it will of course get discounts throughout the coming period, some may support the idea of buying iPhone 13 Pro and they will still get almost the same phone but with a smaller screen size and certainly less battery, while the rest of the features are completely the same.

The iPhone 13 Pro Max comes with the same flat edges we saw on last year's model but there are definitely some differences. For example, the camera module is larger than before, thus taking up a little more space on the back of the phone.

This year's phone also comes with a heavier weight than the 2020 phone, which some may see as a negative defect of the phone, but all users accept that because we got a larger battery in return.

There are still some positives in the design as well as the iPhone 13 Pro Max comes with a noticeably smaller notch as Apple reported that it has reduced it by 20% without compromising the components of the Face ID sensor. We still didn't get a full screen for sure, but it's definitely an improvement over all the other iPhones.

What bothered me a lot when the phone was announced was knowing that Apple had ignored the inclusion of Touch ID either under the screen or even on the power button, which would have been a convenient solution for people walking around all day in masks in light of the tough times we live in.

The phone comes in four assorted colors: graphite, gold, silver, and Sierra blue. Personally I tend to go blue and would buy my phone in that color. I own an iPhone 12 Pro Max and it's graphite color, although it's sleek and quiet, I didn't like it.

This is the aspect that gets the biggest upgrade this year as we have a ProMotion screen which means that the 6.7-inch panel now supports a variable refresh rate from 10 to 120 Hz for the first time ever after the maximum refresh rate in past phones was only 60 Hz .

The high refresh rate allows for a smoother user experience that is clearly visible in browsing social media, watching videos, and definitely gaming.

The high refresh rate features carry over to the rest of the phone as well, like quickly switching between apps or returning to the home screen. The user will feel the difference when using third-party applications that integrate seamlessly with the ProMotion display.

Of course, the improvements were not limited to an increase in the refresh rate only, as we now have a peak brightness of 1,200 nits, and Apple added that the phone's screen will perform well under sunlight better than last year's model.

The first thing that any user will notice when holding the phone is that the rear camera sensors have become larger than the iPhone 12 Pro Max camera, and the reason is that the main camera has a pixel size of 1.9 micrometers instead of the 1.7 micrometer pixels in the 2020 phone, which allows 49 more light to enter % which means a wider field of view and therefore more details in the captured images.

The telephoto sensor also received a noticeable upgrade, as it now supports real optical zoom up to x3 compared to x2.5 in last year's phone.

There are a lot of upgrades for the rear camera other than the hardware. For example, the iPhone 13 Pro Max supports macro photography, which means the ability to take close-up photos from a distance of 2 cm, a feature we see for the first time ever and does not require a dedicated sensor in the camera unit in order to support this feature.

In terms of overall image quality, the iPhone 13 Pro Max definitely outperforms the best camera phones and so personally I consider the camera the phone's main selling point.

The differences also appear in the portrait photos taken, which is evident when you take a picture with this phone and another with an old phone such as the iPhone 11 Pro, for example, and when you will feel the extent of the excellent development in the camera phone this year.

Some may say that the optical zoom is still not optimal and cannot compete with the same feature in the leading Android phones, but do not be deceived by the numbers, the pictures taken with this phone are full of details and saturated with colors better than Samsung Galaxy S21 Ultra.

The cinematic video mode is so excellent that you will feel like a Hollywood director. This is definitely how I felt after shooting several videos that apply bokeh effect to shots and automatically shift focus to multiple subjects depending on what's happening in the frame.

The most notable negative in this new mode is that the quality of the captured videos does not exceed 1080p on all phones in the series, but hey! This technology is still developing and I think it will see some improvements next year.

It is worth noting that the iPhone 13 Pro Max supports ProRes video shooting, a format preferred by video editors. You can capture videos in ProRes format at 4K at 30fps, but only in 256GB and above; While the 128GB version is limited to only 1080p video capture, most likely because those videos take up a lot of storage.

This phone is the fastest in the world of smartphones and has the most powerful performance thanks to the new generation of the mighty Bionic processor, the A15, which can literally sweep all other processors, including the Snapdragon 888, which takes over the task of operating most of the leading 2021 phones.

Are you interested in benchmarking tests? No problem, as we tested the phone with other top competitors and here are the results:

Interestingly, the iPhone 13 scored lower by a small difference, as it scored 4436 / 1668 points respectively, and the reason for this is that the Pro Max version comes with more RAM, up to 6 GB compared to 4 GB in the standard version.

This powerful processor overshadows the toughest and most hardware-demanding tasks like video editing: iPhone 13 Pro Max took just 25 seconds to convert 4K video to 1080p in Adobe Premiere Rush. While the 12 Pro Max achieved 28.5 seconds, and surprisingly, the S21 Ultra accomplished the required task in 1.02 seconds. I leave the comment for you.

The thing that pleases me the most and will force a lot of users to upgrade to this phone is definitely the battery which got a big upgrade as it lasted about 12 hours in our testing which includes normal usage for any user but we used phone data instead of Wi-Fi.

It is worth noting that the iPhone 12 Pro Max lasted for 10 hours and 53 minutes, while the Galaxy S21 Ultra surpassed it and achieved a battery life of 11 hours and 20 minutes. In the end, any phone that lasts more than 11 hours is excellent, and therefore the iPhone 13 Pro Max successfully manages to secure a place in the list of phones with the best batteries.

We have not seen any developments with regard to fast charging, when using a 20-watt Apple charger, the phone battery can be charged to half of it in only about 30 minutes, a time used by competing Android phones such as Xiaomi Mi 11T Pro in charging the battery. And therefore I think that fast charging will be the most prominent files on the Apple table during the coming period.

iOS 15 hasn't been the horrific improvement of iOS 14 in terms of additions, but it does come with some smart and fun upgrades. FaceTime comes with some much needed audio and video improvements and the iOS 15 update will let you listen to music or watch movies or TV shows with friends or family.

Particularly impressive is the new Focus feature, which allows you to filter notifications based on what you're doing. Notifications are also made simpler, thanks to the new summary.

The Safari browser comes with a new design, a new weather application, an improved map application as well with more details, and there is also the Live Text feature, which allows the recognition of any text written on any image taken via the rear camera. 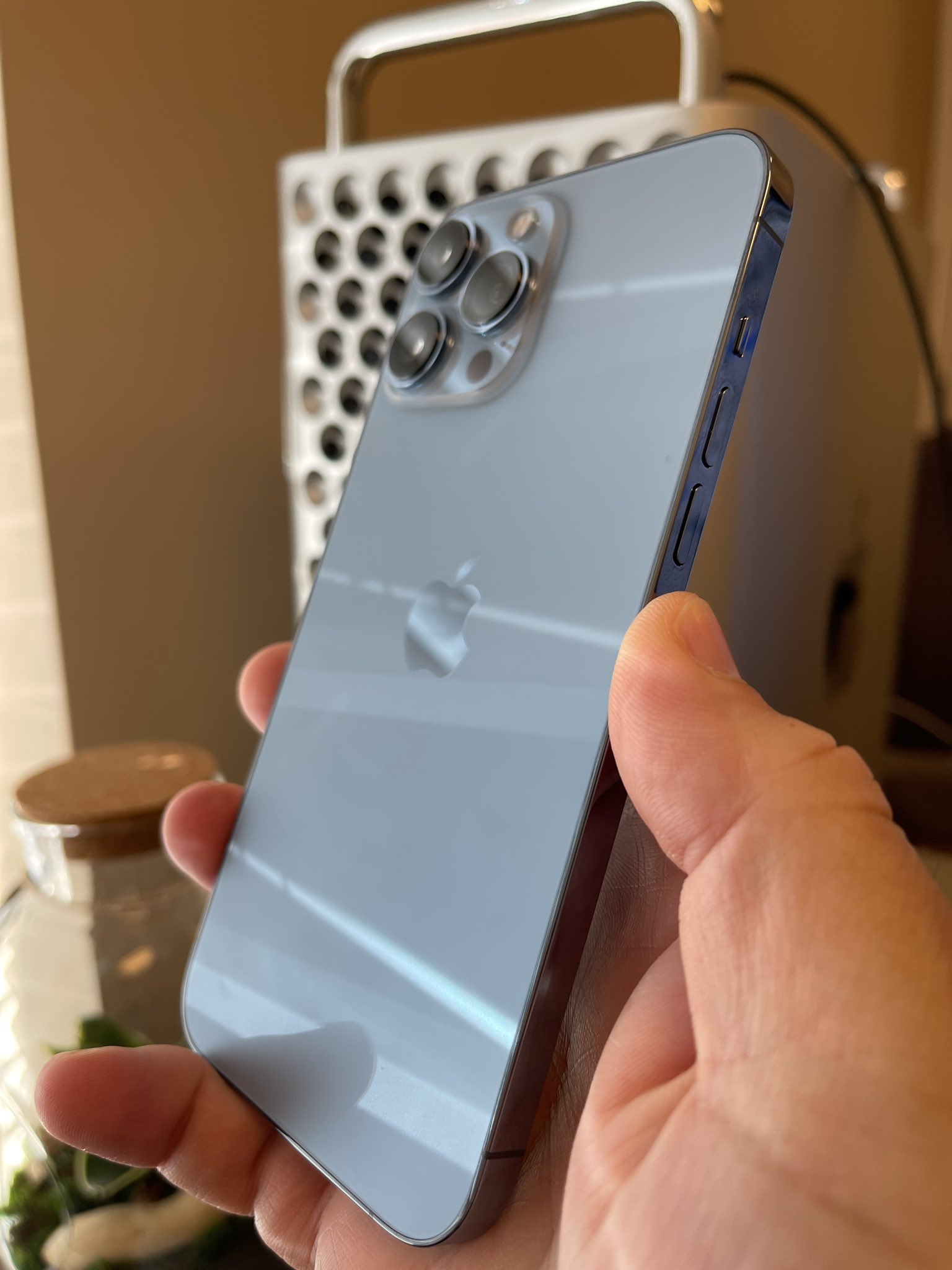 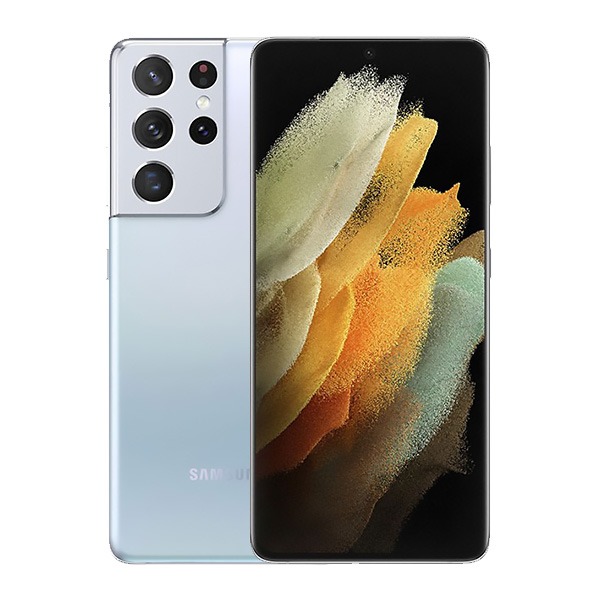 OnePlus 9 Pro
Price and specifications
Key Specs
6.7 inch Fluid AMOLED display
Snapdragon 888 processor
48MP Quad Camera
4500 mAh battery
65W fast charging
Pros
One of the best displays in Android phones
Nice design
Premium chipset
Excellent optical zoom support
8K video recording
Fast charging is the best among all the leading phones
Special price up to $700 only at the moment
fast wireless charging
Cons
The design materials are not the best
We did not notice a significant development in the photographic experience
Front camera is not impressive
Not available in many markets

iPhone 13 Pro Max is that rare phone that is so perfect that any phone should be. You get superior cameras and video-recording capabilities – including impressive cinematic mode, macro shooting and incredible performance thanks to a new generation Bionic processor plus a smooth and responsive 120Hz display. Plus, the battery life is better this time around and among the best we've seen in any Apple iPhone so far. What we also liked in the review were the slightly better 3x optical zoom, 15x digital zoom that takes good pictures, the brighter screen and slightly smaller notch than last year's phone counterpart. Of course we wish Apple could offer better support for fast charging, and certainly demand a more elegant design in next year's phones with less notch for the rear camera module and perhaps a punch-hole screen. Some may simply prefer the iPhone 13 Pro because it is smaller and lighter, and there are no fundamental differences between the two phones. But if you want a bigger screen, the iPhone 13 Pro Max is definitely the perfect choice and a bargain for any Apple fan.

Looking for a phone or article?